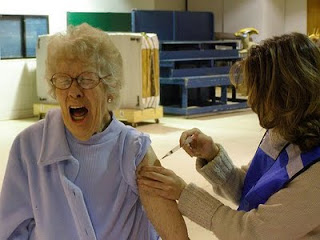 Flu Vaccine shots will be given to children on a volunteer basis at Children's Mercy Hospital starting this week. The deadline to enroll your child in the flu virus vaccine testing will be August 28th. To sign up for the H1N1 flu shot call 816-460-1041.

51 confirmed cases of the swine flu have been found on US Troops in Iraq.

Landon Donovan of The Los Angeles Galaxy has a confirmed case of the H1N1 Swine Flu virus.

The plain version of the flu causes 36,000 deaths in the US each year.