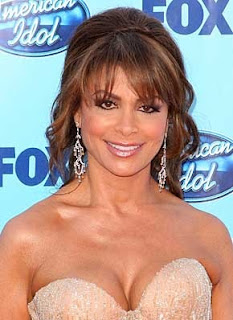 Earlier today American Idol judge Paula Abdul announced via Twitter that she was stepping down from the popular TV show. Paula was surely upset with American Idol after they secured a contract with their newest judge Kara DioGuardi and American Idol host Ryan Seacrest before even making Paula an offer. Seacrest signed a three year, $15 Million dollar deal with A.I. just last week.

It's pretty obvious that American Idol expected Paula to quit. If they wanted her back they would have been more careful to time the contract negotiations with Kara DioGuardi and Ryan Seacrest in such a manner as not to offend Paula. Paula felt hurt that an offer had not even been thrown her way. It is quite possible that A.I. had no intentions of even making an offer.

In Paula Abdul's own words - "With sadness in my heart, I've decided not to return to Idol," Abdul posted on her Twitter feed. "I'll miss nurturing all the new talent, but most of all being a part of a show that I helped from day one become an international phenomenon. What I want to say most is how much I appreciate the undying support and enormous love that you have showered on me."