Update to the Kansas Chiefs September 1, 2009

Well, it has certainly been an interesting coupe of days for 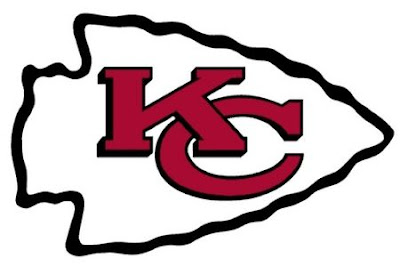 the Kansas City Chiefs. There have been a number of what I would consider fairly significant moves over the past 48 hours. They are as follows:

-The Chiefs began the day by releasing veteran Defensive Lineman, Alfonso Boone. Boone, a 2-year visitor in Kansas City, was one of the more surprising moves of the day. That being said, rookie Defensive Lineman Tyson Jackson must be getting the job done along with his college team mate Glenn Dorsey and Ron Edwards.

-With rumors speculating that QB Matt Cassel will be out for 2-4 weeks with undisclosed injuries, Coach Haley announced that Brodie Croyle will start at Quarterback on Thursday night for the Chiefs fourth and final pre-season game against the St. Louis Rams. This should make this year's Governor's Cup quite interesting.

-Today was the cut off date for all NFL team's to cut their rosters to 75 players. The Chiefs showed another sign of their ability to manipulate the system under the new regime. The Chiefs cut WR Amani Toomer and afore mentioned DL Alfonso Boone. They placed T Cameron Goldberg on waivers. RB Kolby Smith was placed on the Reserve/PUP list (physically unable to perform). Lastly, the Chiefs placed WR Devard Darling on IR (injured reserve). Unfortunate, because it was widely speculated that Darling would be the other starting wide receiver opposite Dwayne Bowe.


For those getting excited about the 2009 season, I would suggest making sure you have a great tailgate because it's going to be ugly. While the attitude around the team seems to have improved, the talent and execution haven't. The offensive line (and I use that term loosely) won't be able to stop anyone. They have been the reason for injury to every QB since Trent Green. Then again, we really don't have a QB worth protecting anyways. Bowe is the only semi-legit Wide Receiver we have and it only will last as long as his work ethic will. The defense still looks like Swiss cheese. Once again, the kickers will be the Chiefs MVPs and may be able to run for president.
at 4:05 PM