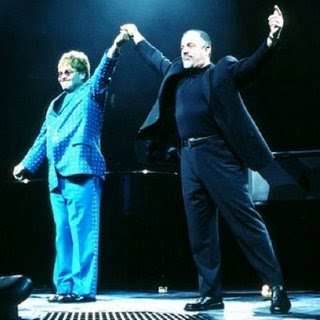 Elton John and Billy Joel's Face 2 Face tour started in March and has sold out over 40 venues. The concert starts out with Elton and Billy seated at the pianos doing songs in a duet style, almost like dueling pianos. The show then expands to include each artist's own backing band and concludes with the two back at the pianos together, "face to face".
at 7:35 PM