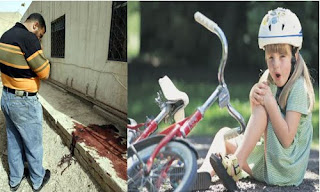 Kansas City homicide rate statistics are staggering at around 100 per year.

What I've noticed is that we do a great job of keeping it a secret. Look at all of the murders that occurred in Westport this year - at least 30+ - but strange, most of you didn't even know that. Westport murders are not the focus of this blog but I thought that I might point out that every Friday and Saturday night around 12am Westport turns into a sort of "ghetto round-up" - where all of the minorities (or are they the majority now) cruise around in their pieces of crap hood cars shooting other people and mostly each other. In other words, don't go to Westport after dark - ever - especially if you're white.

Anyway, back to the blog about the Kansas City homicide rate - the saddest part about it is the news reporting. You can turn on the news after any given Kansas City weekend night and hear something like this:

"Welcome to (insert news channel) - we're going to talk mostly about the weather, but in other news there were 2 people killed last night at (insert ghetto address) - now we move quickly on to the important news...we just got a report that a small girl who resides in Overland Park has skinned her knee! We're going live to the site of this horrible accident. The Overland Park police have blocked off the dangerous sidewalk where the little girl fell on her bicycle and we have word that they will be tearing it down.

The Kansas City news skips over the murders that occur in the ghetto so fast it's hilarious. But oh my god if something happens to a resident of Overland Park or Mission Hills - we're talking bring in the helicopters and CNN.