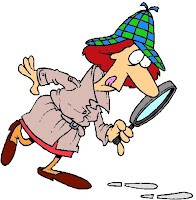 Kansas City police and their relationship with Kansas City detectives

Does someone have to be murdered in Kansas City in order for the Kansas City police to turn over any pertinant crime details to the Kansas City detectives? After living here for most of 30 years, my friends and I have been the victims of countless crimes. No big deal for the most part, the occasional robbery, car theft, assault, etc.

The police show up, write up a report, and then split.

Is it no longer the job of the Kansas City police department to INVESTIGATE crimes? I mean seriously, I've had fingerprints, shoe prints, tire prints, friggin DNA samples, everything in the book on those who have broken into my house or car and the police just IGNORE this and dismiss the evidence completely.

Ok, so my question is, what level of severity does a crime have to be before the Kansas City police turn over a crime to the Kansas City detectives? Do the KCPD detectives only investigate murders? I understand that the "beat cops" that are on patrol are mostly simpletons and cannot initiate an investigation, but can they at least turn the facts over to the detectives?

A good policeman friend of mine once told me that if I'm ever robbed while at home to "shoot him and drag him in front of your front door". I think that may be my only recourse. Good advice :)
at 3:24 AM