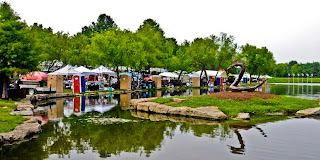 The Great Lenexa Barbeque Battle offered Kansas City residents the opportunity to showcase their cooking skills while enjoying as much free food as they wished. Despite high temperatures, the event was a success drawing in an estimated 14,000 to 15,000 people over two days.

This was the 29th consecutive year the contest was held, which started as a much more local competition in 1982 and later grew to become the state of Kansas’ barbeque championship. The contest has continued to grow, and contestants can now compete in several categories.

The event, held in Lenexa’s Sar-Ko-Par Trails Park, had over 190 teams compete. Winners of the events are determined from a panel of judges who taste the various entries from competing teams.