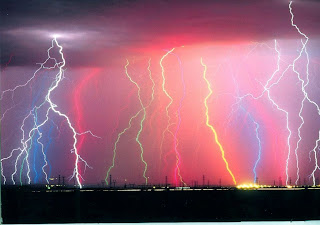 KCPL is attempting to raise rates for power in Kansas City in relation to a new power plant they intend to build in Weston, Missouri.

The estimate to build the new plant is at a whopping $98 million dollars - $20 million over KCP&L's original estimate.  The new plant will be a coal-fired 850 megawatt plant which will be 73% owned by Great Plains Energy, KCP&L's parent company.

So who do you think KCP&L will expect to pay for this new plant?  That's right, the consumers.  David Springe, head of the Citizens' Utility Ratepayer Board in Kansas, has been anticipating that rates will increase by 50 percent.  Springe said it's important for regulators to scrutinize the plant's cost to see whether any of it is imprudent."We'll see if the management and shareholders can absorb some of the cost instead of just dumping it on consumers," he said.

The good news is, a ruling came down today from the Kansas Corporation Commission stating that KCP&L should not only be denied the $50 + million dolar rate increases, but should actually cut their revenues by $9 million per year.  The KCC claims that the consumer should not have to pay for KCP&L's new plant, nor the $4 million they are seeking to improve their current headquarters in Kansas City.

Well, all we can say is, it must be nice to have a MONOPOLY based company that can raise it's rates whenever they feel like it.