Sobriety Checkpoints Attempt to Keep Drunk Drivers off the Road 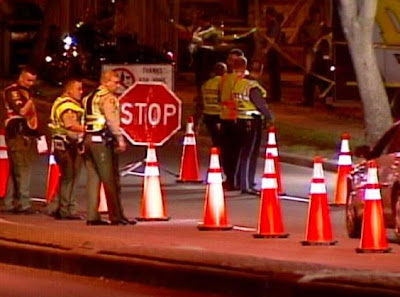 Kansas City police continue to crack down on drunk driving through the use of sobriety checkpoints, as 18 impaired drivers were arrested Saturday night at a checkpoint on Wornall Road.

Over 500 vehicles were stopped from between 11 p.m. and 4. a.m., with drivers being arrested for impaired driving, possession of drugs and outstanding warrants.

This is another episode in the Kansas City police’s attempt to cut down on impaired driving, as random checkpoints have been one tool officers have used to cut down on drinking and driving. However, the amount of drivers arrested suggests that despite the known threat of a checkpoint, Kansas City citizens are still willing to drive home after drinking in the downtown area.

While sobriety checkpoints do remove impaired drivers from the road, it is important for police to take more proactive measures to help prevent drunk driving to begin with. If citizens knew of sobriety checkpoints before hand, it could be a measure to help convince them to take a cab or find another ride home. Drivers may still drive and find an alternative route around the checkpoint, but police need to take as many measures as they can to prevent impaired drivers from getting behind the wheel to start. Whether sobriety checkpoints and their consequences will have a long-term effect on the number of Kansas City residents who drive impaired or is simply a method of removing drunk drivers from the road remains to be seen.