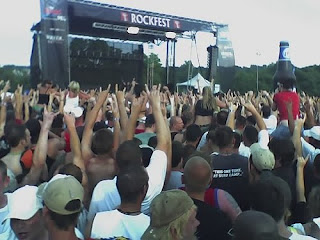 The Kansas City Park Board will reopen debate on whether to allow Rockfest to return next year. The concert, held in Penn Valley Park, turned into an extremely muddy affair when it was held on March 15, which caused severe damage to the grounds at Liberty Memorial.
The board has received over 1,000 comments so far, and most of the general public is in favor of the event returning next year. The board will hold a meeting available to the general public this Tuesday at 2 p.m.
While this year's event got out of hand and caused damage to the grounds, Rockfest is a big Kansas City draw which has had success every year. Weather is always an important factor with music festivals, and one bad stroke of luck should not be enough to cancel a venue that is both popular and well attended.
at 9:24 AM