Liberals/Democrats don't have anything left but racism. 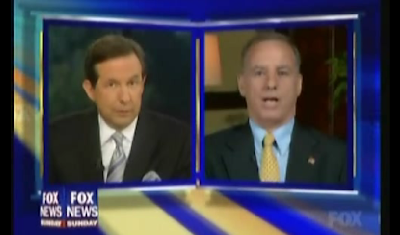 When children lose every battle they fight, after a while they choose not to fight and resort to name calling. Liberals/democrats do this every time you hear one of them call someone or some group racist. This irritates and amuses the heck out of me because they have no ability to have a conversation when facts are involved. Their brains explode when someone confronts them with facts (like the bot girls do in Austin Powers when he counters their attack with his mojo)...it's crazy!

This exact scenario played out perfectly Sunday when Chris Wallace of Fox News handed Howard Dean his azz (Howard was the guy with the worst sounding campaign rally cry in the history of the planet) and made him listen to the facts on an issue. When confronted with the facts, Howard Dean just froze, and then of course went back to calling Fox News racist.

Howard Dean and every other liberal Democrat on the planet who believes that anyone who doesn't believe like they do is racist, is insane! I can't wait until the Democrats/liberals develop the skill of arguing/conversing with facts, lose their emotion, grow up, and stop calling people racist when getting their buttocks kicked on an issue (or are losing at the polls).

Next time you hear someone called a racist, look for the Democrat/liberal who just lost an argument...and think of Sir Otilc.

Finally, someone said it! I believe that the Democrats are appealing to their home crowd which is the lower class (and illegal aliens) and all they have to hear is the word "racism" and they get fired up. Let's face it, they know their audience.

Ha! Just watching an interview on CNN and came across this blog - they're doing it on TV right now as we speak!