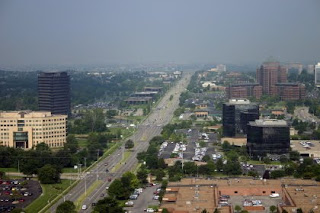 Overland Park was ranked seventh on Money Magazine's "Best Places to Live" list that was released on Monday.
The magazine, which listed cities with populations from 50,000 to 300,000, featured several other Kansas City suburbs in the rankings. Shawnee finished 17th, Lee's Summit 27th and Blue Springs 49th.
Many factors went into ranking the cities, including housing, affordability, school quality, arts, health care, safety and more. Overland Park has been in the magazine's top ten list before, placing ninth in 2009 and and sixth in 2006.
at 6:48 PM