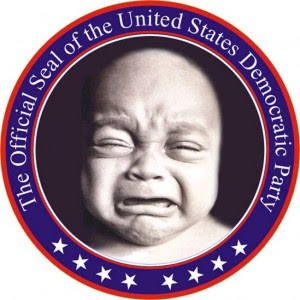 She is locked in a close race with current House of Representatives member from the Springfield area, Roy Blunt. Robin Carnahan is currently the Secretary of State for Missouri. Both candidates have been firmly entrenched in Missouri politics for years. Carnahan's father and Blunt's son are both previous Governors of the state. Polls show a modest lead for Blunt, who is likely riding a wave of backlash against a Democratic Congress and President seen as failing to get a still struggling economy on the right track.

Some see Carnahan's support of extending the tax cuts as an attempt to move more to the middle of the political spectrum. Her popularity has waned as the economy fails to improve and the passage of Obamacare. With the passage of Prop C, Missourians sent a message that they were opposed to National Health Care. In October of 2009, she enjoyed a 4 point lead in the polls, but by the end of the year it was a near dead heat.

I don't know anything about politics but man, that is the most gruesome picture ever!

Historically, it hasn't been a good idea for a politician to sit on the fence. When Carnahan bucked for Bush tax laws it clearly showed that she was trying to play both sides of the political field and draw voters from both democrats and republicans.

Although this has always seemed like a good idea in the past, it has almost never worked out come election time. We will see what fate awaits Robin Carnahan after making this announcement.

I think that this will help Carnahan win a few votes. The democratic and republican parties are not as clearly defined as in days of old. Democrat used to mean salt of the earth, for the common working man (and yes, I said WORKING MAN, not unemployed lazy asses trying to get welfare and other social programs like today), and republican meant big business, big money, don't fuck with our rights, etc.

Now, it's hard to say who stands where. What Carnahan did merely reflects that both parties are quite unclear on most of the issues. Which is not necessarily a bad thing, there's nothing wrong with everyone being on the same page on some issues.