Chiefs Falcons Preseason Game 1 - Are We Going to Throw Long? 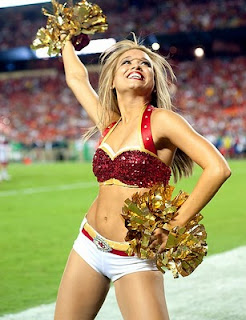 Chiefs Falcons Preseason Game 1
Are we planning on throwing long anytime this season?

It doesn't matter what happens for the rest of this Chiefs preseason game vs. the Atlanta Falcons, it baffles me that the Chiefs did not attempt one single pass over 15 yards while the starters were in.  Cassel's only attempt at a pass of any noteworthy length was an incomplete pass to tight end Pope across the middle.
The only teams that win in this league are teams that can air it out LONG down the field.  The fact that the Chiefs didn't even ATTEMPT to throw the ball long leads me to believe that we're in for a long and fruitless year.  It is simply not possible to win football games without throwing long.  The defense will abandon coverage and close in on our semi-weak running offense.  The Chiefs are going to have to stretch the field in order to keep the heat off of our running game.
The fact that this is only a preseason game doesn't matter - they still have to get the ball down the field to Bowe or Chambers at least once.
Standouts from tonight's preseason game are Dexter McCluster, who ran the ball successfully for the most part and caught several passes to the wings - short passes that is.  The Chiefs also tried to run a draw up the middle with McCluster - quite possibly the dumbest call of the game.  Dexter McCluster is only 5' 7", 165 pounds, he's NOT going to be able to run up the middle...sheesh.  Another standout was Jamaal Charles who did his usual scampering about for a few yards.
Terrible performances brought to you by Leonard Pope who does not seem to be able to catch the ball at all.  He had two passes bounce off his chest.  Thomas Jones either really sucks or the plays that they had him run were worthless, either way he was suck-o.
All in all this preseason game was quite possibly the most boring football game I've ever witnessed and the Chiefs had better learn to stretch the field with long passes or they are going to lose - a lot.
COMMENTS?

Javier Arenas also had a great game, he returned a nice kick that got called back for holding. He easily scored the touchdown off of the return, smashing the kicker to the ground with a stiff arm.

They threw only two deep balls in this game, both to Horne from Tyler. Both incomplete.

The Chiefs training camp seemed to go really well. They are really developing players like Dexter McCluster, Jamaal Charles, Andy Studebaker and hopefully in the game vs. Tampa Bay on Saturday they let Matt Cassel air it out a little bit to receivers Dwayne Bowe, Chris Chambers and of course we can't get enough of speedy little Dexter McCluster!