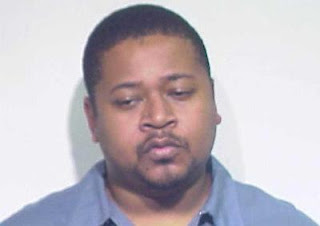 Those that don't believe in Karma may want to read the following. Or just read it if you want a good laugh. Ronald "Boobie" McIntyre owed almost $6,000 in unpaid child support. When the police came to collect the money, Boobie jumped out of a third story window on to what he thought was a field of grass. Turns out it was concrete covered in artifical turf.
Despite breaking both legs and sustaining other injuries, Boobie (still can't get over the official nickname) tried to crawl away from authorities. Now I've seen my share of deadbeat dads, but a man willing to bail out of a third story window to avoid paying child support has to take the cake.
While neglected child support is no laughing matter, it is comical and refreshing to see someone running from the law and neglecting their children get some come-uppance. Maybe in the future when Boobie bails from a window to try to avoid some unpaid parking tickets he will hit his head and get some common sense knocked into him. That is if he can ever jump again.
Comments?
at 4:16 PM