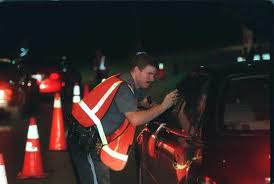 Arrests for driving under the influence are down in the latest installment of a checkpoint in the Kansas City area. A checkpoint set up last night at 9700 Metcalf in Overland Park only yielded eight arrests out of over 500 cars that were stopped.
These numbers are a positive sign in contrast to the arrest amounts from previous checkpoints in the Kansas City area. The lower number of drivers being arrested and removed from the road suggests that more people are refraining from driving home after a night out at the bars.
The lower arrest rate may be due to a more suburban location for the checkpoint or simply due to chance; however, the checkpoints, and prior notice of them, may be beginning to work around Kansas City. Further numbers may suggest as to this is a one-time occurrence or if drunk-driving around Kansas City is getting better.
at 8:10 PM