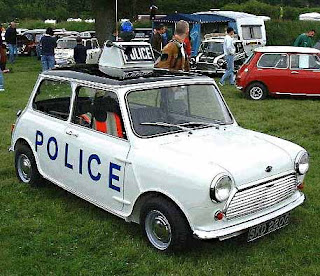 Late last Friday night a Kansas City Internal Affairs police detective was involved in a one car accident north of the river. She was driving an unmarked Police cruiser at the time. Internal Affairs detectives are probably not the most popular members of the force in the eyes of the rank and file cop on the street. I would suspect a few similar situations have been swept under the rug for other Kansas City Police officers. It has been reported that the detective was on call at the time of the DUI violation. I have a feeling this could be detrimental to the young detective's career.
at 9:12 AM

The cop that arrested her either must have been a serious dick or the chick cop must have acted a fool to get arrested. Most of the time fellow police officers don't arrest each other, even when they have broken the law and especially in dui cases.