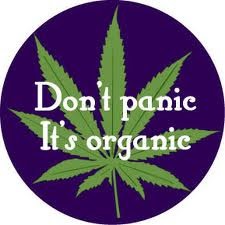 Mission Couple Busted for Growing Marijuana
A Mission Couple was arrested Friday. 300 Marijuana plants were found growing in their home in the 5200 block of Reeds Rd. Todd and Eva Norman both face felony charges of cultivating and selling Marijuana. That is quite an operation, who said dope smokers just sat around all day watching Family Guy Re-runs.
The latest bust comes on the heals of two other very recent drug busts in Johnson County. Last week an Overland Park man was arrested after Sheriff's Deputies found 96 pot plants growing in his house. Joseph Radetsky was charged with cultivating marijuana and not having a tax stamp for his marijuana. Did you know that you have to pay taxes on your marijuana in the state of Kansas? Also this month, a former Johnson County Sheriff's officer was busted for growing Marijuana and Mushrooms in his home.
I don't know what is going on here, in this economy we should be applauding individuals who show an entrepreneurial spirit, not arresting them. At least we got some dangerous drugs off the street, Johnson County is not doubt safer than it was last week. Watch out for those pot heads driving 40mph on 435, Far out man!
at 8:25 AM

Do you know how much money that is going to cost tax payers? for what some weed? unless you are familiar with the system, you cannot imagine what prices are about to be paid, financially and emotionally!