More Construction on the Way for Kansas City 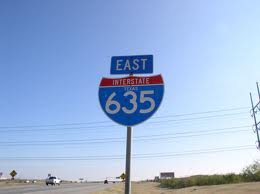 Kansas City residents sick of road construction (like me) will be delighted to hear that the city has announced more construction and road closings into the fall. The ramp from Interstate 635 to Kansas 5 will now be closed late October.
Drivers will be provided with an alternate route southbound I-635 towards Parrallel Parkway and then be forced to turn around and head northbound I-635 to eastbound Kansas 5 (yes it as confusing as it sounds).
As a native of central Illinois, I can applaud Kansas City for taking a proactive stance on its roads to prevent the car-ruining potholes that plague the area I grew up in. However, there is a fine line between maintaining good roads and keeping a city under construction for a decade. Take my daily commute for example: I deal with construction on 69 South from the 135th exit until the highway merges with I-35 every day commuting to work, and face slow delays due to construction on any other highway I may take around Kansas City. Normally I wouldn't have a problem with this, except we have been dealing with this for five years.
Perhaps the funding for repaving our roads every single year could be better allocated, or perhaps construction crews simply are not working fast enough. Despite the reasons, I am one Kansas City resident sick of road construction. Although maybe I deal with it another five strait years I will get used to it.
Comments?
at 8:41 PM