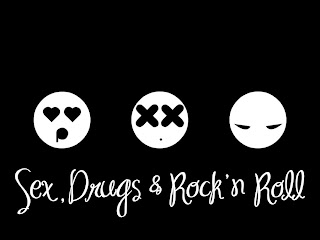 Rockfest 2011 Will be in Penn Valley Park
The Kansas City Parks Board will allow Rockfest to return to Penn Valley Park in 2011. They voted 3-2, narrowly approving a one-year deal for the annual festival promoted by 98.9 The Rock. The Liberty Memorial collects $50,000 for the event, and the Parks Dept another $50,000. Aggie Stackhouse, Board Commissioner and perennial party-pooper, voted against the decision saying 55,000 people is simply too many for the venue.
You may recall, this year's event, headlined by Godsmack, caused quite the controversy. It deteriorated into a Woodstock-like mess as heavy rains inundated the park. Concertgoers reveled in the muddy aftermath, sliding down hills and playing in the mess. Complaints were also aimed at the noise, excessive drinking (what?), and trash left behind. AEG Live, the producer of the event, paid thousands to return the park to its previous condition after the event.
For 2011, AEG has some new rules to work with for the event. Among these, they must come up with a new parking plan to avoid damage from vehicles, provide more security, and fence off the area around the Firefighters' Fountain. The lineup for next year's event has not been announced yet.
at 9:51 AM