Naked Man Dragged by Beard Out of Home 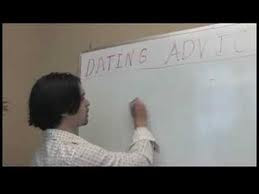 Men have tried a lot of different strategies over the years to try and get women, ranging from buying flowers, serenading them outside of of their window or just blindly throwing money at them. Unfortunately, Laurence Saunders of Kansas City didn't think those would be enough to impress his neighbor, so he tried a new method: breaking into her bedroom naked.

According to the woman's report, she woke up to find a naked Saunders standing in her room. After grabbing his beard (this thing rivals the fuzz on ZZ Top) the man got violent, so the woman beat him in the head a few times before he finally left. He could be found later on the woman's desk, sitting alone and crying (aww).

Remember when stuff like this was used to impress a woman? I've tried some embarrassing manuevers to impress a girl but this crosses the border of persistant to criminal. The police said that Saunders had been drinking, which may explain a few things (hopefully), but don't people think before they act? Next time you give your girlfriend or wife one of these for valentines day and she seems unappreciative, just mention this story. Hopefully she will then start to warmup to her new gift you grabbed at Walgreens on your lunch break.
Comments?
at 12:46 PM