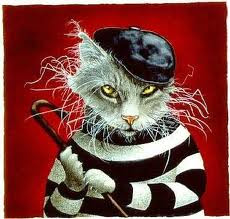 Plaza Jewelry Store Robbed
Like something out of Hollywood script, Vinca Jewelry on the Plaza was robbed early Monday. When store owner, Simon Zouein, arrived to work Monday morning, everything seemed normal until he opened his safe. When he opened the safe, he discovered a hole cut in the back and through the concrete wall behind the safe. The thieves cut through 6-inch concrete wall and 6-inch thick steel in the back of the safe. They took diamonds and gold jewelry - the loss was substantial, but the store owner and police declined to say how much.
Police estimate the job took four to five hours, quite astonishing considering they had to make quite a racket. They accessed the wall from a service alley between the store and a neighboring restaurant. Highwoods Properties, the owner of Plaza could not be reached for comment - they are responsible for security and control of the access alley.
In this age of Security cameras everywhere, how could a heist like this be pulled off? Was it an inside job? Certainly the thieves had cased the joint at the very least - how else would they know where the safe was located behind the wall? I have a feeling the insurance company will want some answers to these questions.
at 6:13 PM