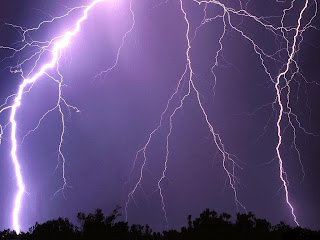 Weekend Storms Wreak Havoc Over Kansas City Area
Strong storms rolled through the Kansas City Area on Saturday evening accompanied by strong winds and large hail. Some of the worst damage was in the Northland where winds close to 90 mph tore through the area. As of this morning, KCP&L reports roughly 1400 are still without power North of the River. This is down from the nearly 20,000 that were powerless immediately following the storm. The utility will be handing out dry ice today to those without power, bring a cooler with you to the K-Mart parking lot on Vivian Rd.
Also hard hit was Smithville Lake. The storm did $500,000 worth of damage to G Dock at Paradise Pointe Marina. That dock was a total lose, and some damage was done to surrounding docks. Large trees were downed around the Lake, and power is not restored in that are either.
Large hail around town did significant damage including the Independence Center where a skylight was broken. The mall had to be partially evacuated. Cars and roofs were heavily damaged by hail up to SOFTBALL sized. Amazingly there were no injuries reported in any of the incidents across the Kansas City Region. More good news, no more storms expected until at least Wednesday, giving folks a chance to clean up.
at 9:49 AM