Kids are Struck By Vehicles at Alarming Rate 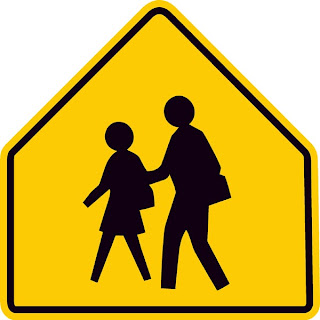 Kids are Struck By Vehicles at Alarming Rate
Another Child was hit by a car near a school this morning. This is the third time in less than two months that a Kansas City Metro Area child has been hit by a vehicle. Two in a school zone, one died. For all of those not familiar, on your right is a SCHOOL ZONE SIGN. Please slow down and get off your phone / internet / texting / facebook device for 5 f-ing minutes, Asshole. This morning it was an eleven year old in a crosswalk IN FRONT OF the School he attends. Luckily, his injuries were minor.

The same cannot be said for Kade Meyer, a seven-year old Gardner boy who was struck and killed in front of Madison Elementary School. The boy ran between two parked cars to cross the street and was hit by an SUV. No charges were filed against the driver, but this situation illustrates the point that you must be vigilant when driving, especially around a school. Though in the eyes of the law, there is no negligence to file charges, and I honestly feel for the driver of the SUV that hit the boy - I would contend that when driving in front of an Elementary School, you need to EXPECT a child to dart in front of you. Let this be a lesson to the rest of us - SLOW DOWN. Same goes for driving in a neighborhood. I watch cars everyday drive down my dead end street in a subdivision at 35-40 miles/hour, half the time on the phone. There is no way you can react to a child chasing a ball, or family pet darting into the street.