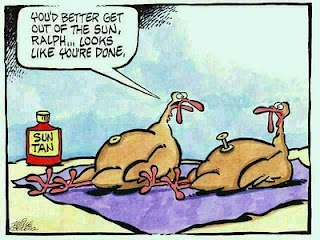 Wow, all I can say is....Wow - the Chiefs suck so bad that it is embarrassing.  The Kansas City Chiefs are officially done for the year.  We had a good couple of games, but after losing to the Mexi-Jigger Raiders and then to the incredibly crap Denver Broncos, we are Officially Done.

Cassell sucks, Charles is OK but other teams are on to him now, and our receiving core is the worst in the NFL.

We are back to being a "start up" team and actually, if we finish 7-9 that will be a good record for a start up team like the Chiefs.

I suggest that we do not play Charles or McCluster for the rest of the season so that they don't get injured and that we may have a chance to go 8 - 8 next year.

Thanks for the good memories that we had so far this year Chiefs, but you guys are officially the joke of the league now and by the way the defense played today, we will continue to be the joke of the NFL.

OK, retract this article right now, or at least run an apology!

Otherwise nice blogs, this is a very interesting blog site to say the least. You guys seem to say what everyone is thinking...but doesn't actually say.

Thanks for the compliment, and you're right I should print a retraction - but I'll just let the Chiefs make new headlines instead!