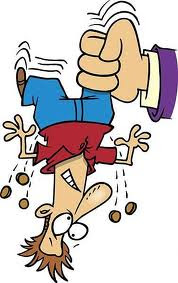 Tuesday's Passage of Prop A in Missouri will lead to a vote next spring in Kansas City on the future of their 1% Income Tax. City Leaders are critical of the plan, why wouldn't they be - the Earnings tax supposedly makes up 45% of the city revenue. If that figure is correct, Kansas City has some real problems. Property and sales taxes in the city are on par or even higher than many other areas in Missouri. Why on earth they can't get by without an income tax is beyond me, most everywhere else does.

The good news for the City is that the Earnings tax will be phased out over 10 years (if Kansas City voters decide to end the tax) giving the city time to adjust to the lowered revenues. The Mayor himself said that we need a new tax structure that is "pro business and pro Kansas City, and we don't have that now."

The end of the Earnings tax will ultimately be a good thing for the city. I personally know a handful of people who moved out of Kansas City because of the tax - there are already enough reasons to move to the suburbs (schools, crime, etc..) without the extra tax. It will make Kansas City more competitive and hopefully more efficient in it's delivery of services. Some cuts would be tough, but it's a job that needs to be done, and a solution will be found. I grew up in Kansas City, I love Kansas City - ending the Earnings Tax will make it a better place.
at 9:04 AM