Police Shoot Out Their Own Windows Responding to Backfiring Car 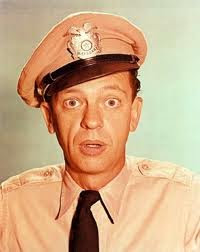 Thursday night Kansas City Police Officers were responding to reports of shots fired in a neighborhood near I-435 and Gregory. They came upon a broken down van that backfired with a man getting out of it. That man was Phillip Ransom. He was returning home from work when his van broke down just a block from his home. It had apperently been backfiring and his neighbor had called police reporting shots fired (he had heard the backfiring of the van a block away). The cops roll up, hear a backfire - while responding to a shots fired call - while a man is getting out of the van. One thing leads to another and the Officers open fire striking the van at least three times and scaring the shit out of poor Phillip. He hits the ground and is yelling at the cops that he is unarmed. He was unarmed.

In the aftermath of the incident it was discovered that the windows of the patrol car were also shot out. It turns out the Police Officers shot out their own windows while exiting the vehicle. Wow - that's embarassing. I know that Police Officers go through a lot. They never know what to expect when responding to a call, but this is not good. I'm would imagine disciplinary action of some sort is in order, not to mention a healthy ribbing at Police HQ. I'm sure they are very thankful that no one was injured - other than the two vehicles involved.

Mr. Ransom needs to obtain the services of an attorney. He be gettin' a settlement.
at 7:20 AM