Proposition A Missouri 2010 - Voting on Missouri's Prop A 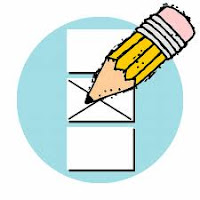 
The Missouri Earnings Tax Initiative, otherwise known as Proposition A is a November 2nd ballot item that was initially introduced by Marc H. Ellinger from Jefferson City, Missouri to give residents of Kansas City and residents of St. Louis the right to decide whether to continue the earnings tax that is currently in place.

Basically, if you work in Kansas City or St. Louis you are being taxed (a seriously small amount) to pay for a number of much needed programs that support the city that you live in.  If Proposition A does not pass, the tax will remain and nothing will change in the current city tax system.  If Proposition A is passed by Missouri voters, then the Kansas City and St. Louis city tax will be phased out at 1 tenth of a percent over the next few years.

The official Proposition A text is as follows:


Shall Missouri law be amended to:

The proposal could eliminate certain city earnings taxes. For 2010, Kansas City and the City of St. Louis budgeted earnings tax revenue of $199.2 million and $141.2 million, respectively. Reduced earnings tax deductions could increase state revenues by $4.8 million. The total cost or savings to state and local governmental entities is unknown.

A “yes” vote will amend Missouri law to repeal the authority of certain cities to use earnings taxes to fund their budgets.  The amendment further requires voters in cities that currently have an earnings tax, St. Louis and Kansas City, to approve continuation of such tax at the next general municipal election and at an election held every five years or to phase out the tax over a period of ten years.
A “no” vote will not change the current Missouri law regarding earnings taxes.
If passed, this measure will impact taxes by removing the ability of cities to fund their budgets through earnings taxes.  The only exception is that voters in cities that currently have an earnings tax may vote to continue such taxes.


The following is from www.ballotpedia.org:

The Missouri Earnings Tax Initiative, Proposition A, also known as the Let Voters Decide Initiative, will appear on the November 2, 2010 ballot in the state of Missouri as an initiated state statute.[1][2] If approved by voters, voters in Kansas City and St. Louis would hold a referendum on keeping the levy in 2011 and every five years thereafter. If the levy is rejected by voters the tax would be phased out at one-tenth of one percent per year and could not be reinstated.
In order to qualify the proposed measure about 95,000 valid signatures were required. The measure was certified by the Missouri Secretary of State after signatures turned in were validated.[3] Supporters submitted more than 200,000 signatures on April 27, 2010.[4][5][6]
A total of five different versions of an earnings tax initiative were certified for circulation, however, all versions were submitted by one sponsor - Marc H. Ellinger from Jefferson City, Missouri.
at 8:39 PM