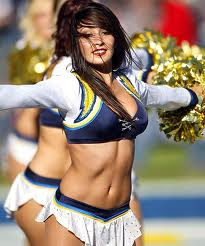 The Kansas City Chiefs were dominated by the Chargers in every phase of the game Sunday. It can only be described as a forgetful performance by the Chiefs. Brody Croyle certainly would like to forget his only start of the season, and 10th consecutive loss as a Chiefs Starter. Though Croyle could be an easy target, this game was by no means his fault. In fact, the rest of the team and the coaching staff should issue a public apology to Brody for the lack of support.

The Offensive Line play was terrible - the worst of the season. Barry Richardson looked lost, and the coaching staff doesn't get the man any help. No holes opened up for the running game and no time for the quarterback. When Croyle did have time, he actually passed the ball pretty well. A key drop by Bowe on third down, a nice pass play called back by penalty, and a great defensive play by a San Diego back kept Croyle's efforts from showing up on a stat sheet.

Defensively, the Chiefs just couldn't get off the field. The Chargers made play after play on third down to keep floundering drives going - The Charger's 11 of 15 on third down compared to the Chief's 0-11. Is that right? 0% third down efficiency? uggghh, this game was worse than I thought. Nevermind, why am I trying to find bright spots. Fuck it, let's look at the rest of the season.

The Chiefs now most likely have to win out to win the division and go to the playoffs. The Chargers have a game lead in Conference record which would be a tiebreaker if they finish with the same record as our Chiefs. Certainly it is doable with the remaining schedule.

at St Louis - St Louis is a young team fighting for their division Championship (very dangerous game)
Home against Tennessee - They seem to have given up, should be an easy win
Home against Oakland - Throw out the record books when we play the Raiders, anything could happen.

Take care of business and we go to the playoffs. I think we can do it, but let's be honest, it's just good to play meaningful games in December.
at 12:43 PM