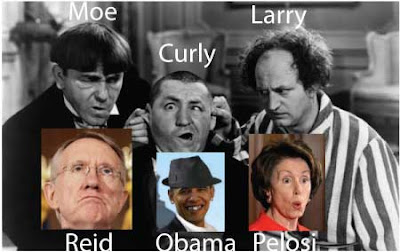 Thank God for the State of Virginia! Today a Virginia federal court judge ruled a critical part of Obamacare is unconstitutional. He justified his ruling by saying that Obamacare exceeds the power of Congress, under the Constitution’s Commerce and General Welfare Clauses, to force Americans to purchase health insurance.

Wow…that is so strange…why it only seems like people with half a brain have been saying this for months and months and months…even prior to the passing of the law nobody read before they signed it. How can a President, a Speaker of the House, and a Senate majority leader be so pompous, stupid, and bold to think that their passing of a Health Care Law that most Americans opposed and believed unconstitutional (given you could understand the constitution), was good for America? I am still baffled by this.

I think Americans who are for Obamacare don’t realize that repealing it doesn’t mean there can’t be health care reform. In fact, if when the thieves who have stolen our country are finally kicked out in 2012, we will not only be able to formally repeal Obamacare, but be able to implement health care reform that is far more effective, takes care of the people who actually need it, and doesn’t force the rest of America to have it.

I never thought anyone could be dumber than Moe, Curly, and Larry of the Three Stooges…until America got stuck with Obama, Pelosi, and Reid…the three worst leaders in our nation’s history.