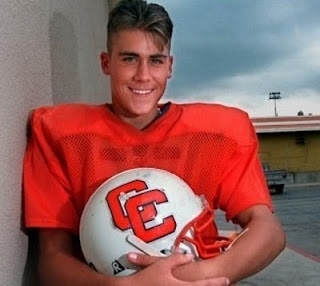 Today the question about why Matt Cassel was suddenly absent from Wednesday's practice was answered when it was reported from The Chiefs camp that Cassel had an emergency Appendectomy this afternoon.  Cassel, who has been performing great on the field for the Chiefs of late will likely miss up to 4 weeks due to this injury.  At the very least he will miss this Sunday's game when the Chiefs play the San Diego Chargers - a must win game for the Chiefs.  According to medical sports experts, the earliest that a player has returned from an appendectomy was 10 days, but the injury should likely sideline a player for up to 4 weeks.

While we are all happy that Cassel will be okay, this will surely affect the outcome of the game against San Diego this Sunday.  Jamaal Charles and Thomas Jones will really have to step up and carry The Chiefs to a victory this week.  With Cassel out, Chiefs backup quarterback Brody Croyle will be the starter.  Croyle has not thrown a pass in regular season this year, while Matt Cassel has thrown for 2503 yards, with an astonishing 23 - 4 touchdown / interception ratio with a passer rating of 98.4.

The Chiefs officially gave Cassel a 50% chance of starting once the news of his appendectomy was announced, but this statistic is very doubtful according to medical experts.
at 6:18 PM