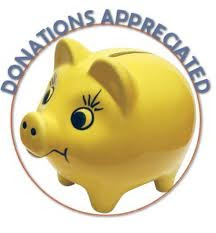 Missouri State Attorney General Chris Koster has compiled a list of the worst charities that solicit funds in the State. The criteria for the ranking was percentage of funds spent on charitable causes. Under guidelines set up by the Better Business Bureau, Non-profits should use a minimum of 65% of their revenue for charitable causes. The organizations on this list do not even come close. Non-Profits on this list have large expenses for fundraising, many of which use professional telemarketing companies that can take as much as 60% of the revenue right off the top. In this holiday season of giving, these are organizations to stay away from -Here are the worst of the worst.

1. United States Navy Veterans Association - Washington, DC
This charity is probably the worst ever - basically a fraud. According to the Attorney General's office, no more than 1% or the organization's revenue went to charitable causes. Director and CFO "Bobby Thompson" - whose true identity is not even known, is currently on the lam. A nationwide arrest warrant has been issued by the State of Ohio. Several states have also banned the organization from any fundraising in their States. Their website is also currently unavailable.

2. Law Enforcement Education Program - Troy, MI
This organization's mission statement says that their goal is to create and support educational programs for the betterment of the general public and the law enforcement community. But, according to Koster's report, they use just over 2% of their revenue for charitable programs.

3. Cancer Survivor's Fund - Missouri City, TX
Sounds like a great organization, providing scholarships and prosthetics to young adults who have survived cancer. However, their administrative costs were 96.8% of revenue for fiscal year 09-10.

4. Wishing Well Foundation - Metarie, LA
This Organization claims to give terminally ill children a wish, much like the legitimate MAKE-A-WISH Foundation - in reality, they only spend 4.4% of income on on charitable causes.

5. Firefighters Charitable Foundation - Farmingdale, NY
When you look at the list of worst charities, you see sick kids, veterans, and Fire and Police. Everyone wants to help these types of people out, but you really have to do your research. Firefighters Charitable Foundation is another one of these organizations that raises money with telemarketers making you think you are helping firefighters and their families. Less than 5% of their revenue goes to a charitable cause.

For the rest of the worst from the Attorney General's site, click here. I personally would not give money to any organization that called me without being contacted first, but at the very least, do your research before giving. A simple search at the Better Business Bureau website can be a good place to start.
at 10:09 AM