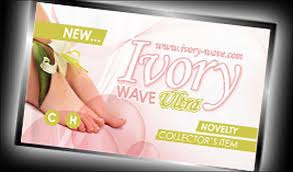 I've seen and heard of people doing crazy stuff to try and get high - Smoking Banana Peels, Sniffing Paint or gasoline. But I have never heard of snorting "Bath Salts". Apparently this is a substance that has been around for some time in the UK. It's really not a bath salt, that's just the way it is marketed to get around the law. There are numerous sites on the Internet that you can purchase the stuff.

The drug causes a high similar to meth, but serious side effects have been reported. Extreme paranoia, Shortness of breath, increased heart rate all have been reported by users. Some say they feel these effects days after taking the drug. extreme paranoia has lead to numerous suicides - One in St Joseph, Mo where a young man shot himself a few days after taking the drug.

The scariest thing about these "Bath Salts", is that we don't even really know what is in them. And the formulas seem to different from dose to dose and brand to brand. Some have speculated it has a derivative of the drug MDPV in it. MDPV is specifically illegal in the UK and other European countries, but there is some debate about whether or not it is legal in the US. Though not specifically illegal, it could fall under several states laws that ban derivatives of dangerous drugs.

This just goes to show that people will look for ways to get high, no matter how dangerous, or how little they know about what they are putting in their body. It's sad really, why they can't be happy just having a beer or smoking a joint (or both at the same time) like the rest of us is beyond me. Maybe the world is better place if these people do off themselves and can't reproduce.
at 6:38 PM

Where do I get some?

Just shoot yourself and save us all the trouble of paying for your Truman Medical Center medical bills.

Snorting Bath Salts is about the stupidest thing I've ever heard of. If you need to get high that bad, you have bigger problems than looking on Google to see what the side effects are. You have a serious mental problem. Try getting a job and attempting to work your way upwards in the world - now there's a real "high" - having nice things and money. Try that one guys, try that instead.