There Will Be No World Cup 2022 in Kansas City 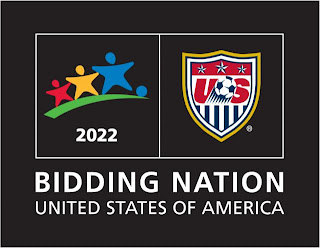 FIFA today announced the hosts for World Cup 2018 and 2022. Russia was awarded the 2018 games in a bit of an upset. England was seen as the favorite in the race that also included joint bids from Spain/Portugal and Belgium/Netherlands. The 2022 World Cup will be held in Qatar. Qatar beat out the United States, Australia, Japan and South Korea.

England's chances were hurt by a recent investigation by the BBC into possible corruption within FIFA regarding the bidding process (bribes). Russia also was considered the favorite venue of FIFA President Sepp Blatter who favors new locations to add to his legacy. FIFA, like many international organizations (think UN), don't always use a great amount of logic in their decision making processes, lots of politics and favor trading.

Qatar's award of the 2022 World Cup makes little sense. It is a tiny country and currently has only one stadium anywhere near the quality of a World Cup venue. Their Soccer team is not good (they would gain an automatic bid the Cup for being the host country), temperatures average way over 100 degrees in the summer, not to mention the terrorism is real threat in a Middle East country holding a high profile event. Alcohol is illegal, though they say they will have designated areas during the event where it will be sold, and their society will have to relax other rules that pertain to public displays of affection, men and women socializing together, etc.