'Tis the Season for Stolen Cars! 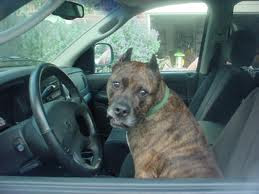 Car theft is on the rise in Kansas City, and other cold weather cities as people leave their cars running unattended. Kansas City Police have reported that in the last 10 days there have been 8 stolen vehicles, with three of them being cars that have been left running unattended. We have all done it on a cold day, run into the store real fast and leave the car running so it will stay warm, or start the car in your driveway to warn it up. Don't do it, it makes you an easy target for thieves.

Actually, it is illegal (in both Kansas City and many cities in Kansas), you could end up with your vehicle stolen, AND get a ticket from the police. Leaving your car running unattended is stupid, certainly, but so is a law against it. It is even illegal to leave your car running in your own driveway. What's next, will it be illegal to leave your house unlocked? Have something valuable in your car? What about just being stupid, should there be a law against that? (there aren't enough prisons).

Anyway, just pay attention people and turn your car off when you get out of it and take the keys with you. And for God's sake, don't leave your baby unattended in a running car! Sheesh!
at 9:25 AM