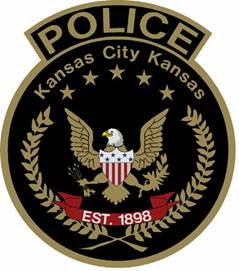 The Kansas City, KS Police Department announced Tuesday night they they were launching an investigation into Police misconduct at the Department. They will be assisted in their investigation by the FBI, the Wyandotte County District Attorney, and the US Attorney's office. Little details have been divulged at this point, with Police Chief Rick Armstrong saying more details will be released in a few days.

Though not officially released, the information available seems to suggest a sting operation implemented by the FBI on Kansas City's SCORE team (SWAT). It is reported that after serving a warrant in KCK that at least six officers were handcuffed at the scene. Apparently, the FBI periodically will set up a scene with money, drugs, what have you to check up on the integrity of Police Officers.

I would guess that maybe some officers helped themselves to some "evidence" as it were. Wow, talk about ending a career. I hear former Police Officers get first rate treatment from other inmates in Prison. Good Luck Gentleman.
at 9:30 AM