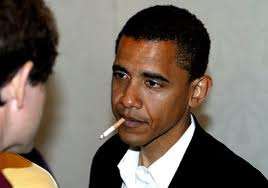 Missouri cigarette taxes remain the lowest in the nation since South Carolina raised their rate to 57 cents last summer. The Show Me State's rate of 17 cents is now by far the lowest in the nation - the nearest is Virginia that is almost double Missouri's at 30 cents. The highest in the nation is New York at an astonishing $4.35 PER PACK - pushing the average price for a pack of smokes in NYC to $11. By way of comparison, the average price of a pack of cigarettes in Missouri is around $4. Sin taxes have long been a touchy subject in Missouri (the beer tax hasn't been raised in over 40 years either).

A strong lobby and a State Constitution that demands a public referendum on major tax increases is behind the low tax. Missouri's last try at raising the tax in 2006 was narrowly defeated by a 51% to 49%. With Missouri's adult smoker rate hovering around the 25% mark, it's clear that even non-smoking Missourians value keeping taxes low.

Democratic Representative Mary Still from Columbia is trying again in 2011 to raise the tax. She is trying to skirt the public vote by allowing a 12 cent increase per year over 8 years. (The formula that demands a public vote would be side stepped by the incremental rise). As a Democrat, she is, of course diabolical by nature. Though she stands little chance of succeeding with a Republican Majority in both houses, and a Governor, though a Democrat, who has pledged not to raise any taxes, her disdain for the masses is obvious.

The problem with raising cigarette taxes (besides the fact that all taxes should be as low as possible), is that it hurts less educated, lower income people. The very folks that Democrats are supposedly fighting for.
at 6:45 AM

It's probably because less people smoke in that place. That's why cigarette taxes remain low. Now I understand why.