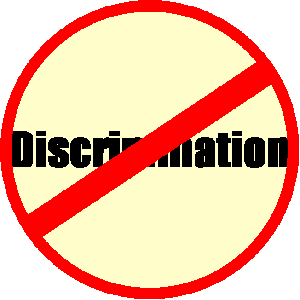 Score one for Whitey. The Missouri Supreme Court upheld a $2.1 Million Judgement against the City of Kansas City, Missouri regarding a white woman who was rejected for a Municipal Judgeship. Melissa Howard was one of three white women who were finalists for a vacant Municipal Judgeship in 2006. At the time, the City Council publicly criticized the lack of "diversity" in the candidates and rejected all three (it was a 7-6 vote). I guess being a woman is not diverse enough to be a Kansas City Municipal Judge. A white Man really never stood a chance, did he? Maybe they can find a Black, Lesbian, Hunchback with a law degree to fill the next vacant seat, that should satisfy everyone.

The case was initially decided by jury in 2008 with the City found to be in violation of the Missouri Human Rights Act. The City's Appeal was based on the argument that the Judgeship nomination process was not subject to the Act. In 2010, the Missouri Court of Appeals agreed. Another appeal was filed and the Supreme Court agreed to hear the case.

The judgement is $633,333 in actual damages, $2.1 in Punitive Damages, and court costs, interest, etc.. The total bill to the City will be in the $2.5 Million range. While I feel for Ms. Howard, two and a half million dollars of city Taxpayer money is far too much. This city can barely offer it's citizens basic services and to come up with this amount of money is going to be painful.
at 10:42 AM

Your "elected officials" made the choice and that is a fact.Maybe if it was a black man or woman would make you feel better. Mrs Howard has not a damn thing to be ashamed of. She stood up for what she felt was wrong, it was deemed wrong in plenty of courts and she won.(way to go Missy!) You can thank Kay Barnes and her cronies for this cost to taxpayers and a millions more!Besides, you're still paying Barnes, Cleaver, Wheeler and the likes every year. Now that my friend is a hell of alot of money being wasted.You really need to check who you are voting in and maybe, just maybe we can all avoid this type of discrimination for ALL, not what was seen as just a select few. Whats good for the goose, is certainly good enough for the gander.
Besides that, look at the pay raises the city just took! Who voted the law in 7 years ago to let that CRAP happen!Myabe we should look into that.
Missy, I am so, so happy that justice was served for you.

I think the comment above misunderstood the writer's position on this issue. The City of Kansas City has LONG been known to be a "reverse-racist" city, with FAR too many affirmative action jobs being held by less qualified and certainly less intelligent minorities. Emanuel Cleaver is a shining example of this.

8:51 - Maybe I am misunderstanding you, but you sound angry at me about something. I don't believe I said anything that contradicts your comment. I agree that Ms Howard was discriminated against on the basis of color - I do blame the lousy City government. I just think $2 million is too large an award for a $140,000/year position. Punitive damages does nothing to deter the actions of a government entitiy - it's not their money, it's the taxpayers. The taxpayers are being punished? On second thought, maybe they should be punished further for the way they vote.