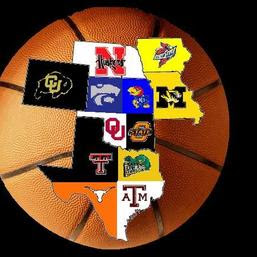 The Kansas State Wildcats travel to Columbia to take on the Tigers in a rare Monday Matinee game today at 4:30. It should be a great game between two teams that came into the season with very high expectation in conference play. Missouri is 15-3, but has already lost two conference games to only one victory. Kansas State, also 1-2 in conference play, has been a disappointment so far this year having been ranked third in the country at one time, they have since dropped to 20th after losses to unranked Florida, Oklahoma State, and UNLV.

Both teams see this as a must win to keep their Conference Championship hopes alive - the loser of this game would likely have to run the table in the Big 12 to have a chance. Of course, that's assuming Kansas stops being the luckiest team in the history of sports and actually loses a few games.

The Tigers are awfully tough at home, and with Clemente sidelined for The Wildcats, Missouri should hold the edge in this one. But of course Missouri has let a couple of games slip away with bad mistakes at crunch time losing in overtime to Georgetown and Texas A&M. If Kansas State can stay close until the end, anything can happen. I'll say Missouri by 8.
at 10:47 AM

KU? Lucky? I would say that Mizzou is "lucky" to even have a team they way they choke. Go K State!