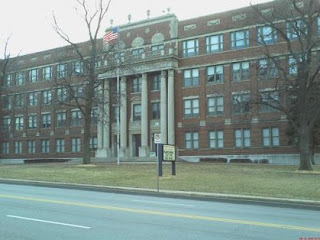 Southwest High School in Kansas City is a joke. On Friday, the Fire Department was called to the School on two separate occasions, and Police later called for a fight. The School, known as The Southwest Early College Campus, has been making some strides in recent years, but this year has been a shambles. The Kansas City Fire Department has been called to the school more than 50 TIMES since August! That's like once every 2 and half days. How can that be any kind of a learning environment.

Being an "Early College Campus" you might think the kids would be the best and brightest of the school district. If that's the case, the city is fucked for the future. Security has been doubled, some of the worst offenders were sent to a new alternative High School, and still the problems persist. If you live in the KCMO School District and you don't send your kids to private school, you are ABUSING them - plain and simple. Get out now if you can't afford private schools.

Every student and parent should be made to sign a document stating the rules for civilized behavior. This kind of bullshit is not tolerated anywhere else, why should it be tolerated in Kansas City schools?  If the rules cannot be followed, then the students should be expelled, plain and simple. The students causing the problems obviously don't want to be there anyway, and at least you can try to teach the ones that are left. The only problem with this plan is that the district is paid per student, and after weeding out the undesirables, you would have very few students left, and that might hurt the bottom line.
at 10:46 AM

Southwest is an enigma. Here is a public school that is in the heart of Brookside and quite close to the wealthy Ward Parkway neighborhoods, yet it's students are all from the ghetto. The school is just out of place, they need to pick it up and move it closer to where it's students actually live, or more realistically, turn that building into a private school or something completely different.