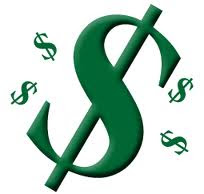 With Kansas City's ultra-boring Mayor's race decided, we now move on to something so much more fun-The Earnings Tax. Next Tuesday, Kansas Citians (at least those who give a shit) will go to the polls to decide the future of the city's earnings tax. Since the 1960's, anyone who lives in or works in Kansas City has paid a portion of their earnings to the city - since 1970 that percentage has been 1%. Doesn't sound like much, but after the Feds, the State, FICA, and insurance get done with you - the last thing you need is the City feeding at your teet as well. Supporters of continuing the E-tax cite the loss of $200 million in funding for the city and devastation it would cause. It certainly would not be easy, but neither is living on half of what I used to make. Many, many households are getting by with less, and there is no reason why the city can't as well. There are roughly 25 cities in the country that currently have earnings taxes - how do all the other cities survive? Scare tactics used by the pro tax side may well work, though. They claim the city will lay off Police and Fire, and streets will go unrepaired. Well, that's the job of the city leaders - they need to figure it out.

Really in the end, fairness is not the issue. It's just the right thing for the city to do. It will promote new residents and businesses. I can tell you from personal experience as someone who left Kansas City after living there my entire life until age 32 that the E-Tax was a strong consideration to my leaving. I do not work or live in Kansas City anymore, so I really don't have a dog in this fight (my apologies to Michael Vick), but I do want what is best for the city and defeating the E-tax would be best in the long term.