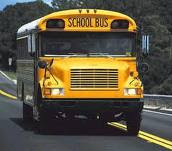 Superintendent Cynthia Lane told Board members at a special meeting that the district would have to cut $6.7 million for the 2011-12 academic year. At budget meetings in the past, the Board and Superintendent had pledged not to cut teacher jobs. They made no such promise this time around. Possible cuts would include smaller class sizes (laying off teachers), reductions in busing, Driver's education elimination, and pay cuts for remaining workers. The district may face further budget problems because of reduced valuation of property in the district that leads to lower actual tax revenue. That could force another $2 million in cuts.

Similar budget problems have been faced throughout the state, including a much publicized district downsizing in the Shawnee Mission School District. These are the truths of the times we live in. We all have to suck it up and tighten the belt until better times are upon us. Many industries have cut back as we know, and now it's time for Governments and School Districts to do the same.
at 10:19 AM