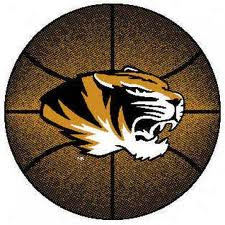 Mike Anderson's Missouri basketball team plopped another turd on the court Tuesday night to end their Conference road season at 1-7. Now, we MU fans are generally not nearly as reactionary as KU fans, but that is F'n ridiculous! There is no way in hell this team should be only muster one stinking road win.

Even worse perhaps, was the way they lost on Tuesday night. The Tigers were out-rebounded 32-18 while tying the Cornholers in the turnover battle 17-17. Mizzou had ZERO second chance points. You're not going to win many games with those kind of stats. Really, to me, it seems they just don;t have their heads in the game - almost like the opposing crown is getting to them. That should not happen at this level and Coach Anderson is to blame.

That's not to say something stupid like Mike Anderson should be fired, but he is definitely having a down year and we should expect better from him in the future. The good news is that Missouri has no more road games left, and they have been decent on neutral courts. With just one home win over rival Kansas standing between them and an undefeated season at home, Missouri could sure make their faithful breathe easier if they take care of business on Saturday at Mizzou Arena. This team could still do some damage in the tournament and salvage the season.
at 12:54 PM