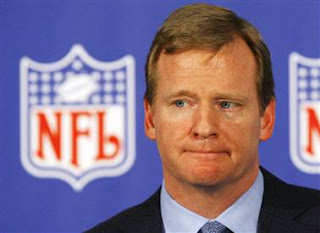 The NFL Labor Talks have had several new recent developments which provide some hope that we will have professional football next season. Late yesterday, both sides agreed on a 24 hour extention, which extends the deadline and could also be a sign that a middle ground is becoming more of a reality between the players and owners.

It appears as if the players' union has gained the upper hand in the talks at the moment. It is now being reported that Peyton Manning, Tom Brady and Drew Brees are now backing the NFL Players Association's DeMaurice Smith, an unexpected and somewhat shocking move. Star players almost never side with the NFLPA, and this can only help Smith's side gain more leverage.

The owners are becomming increasingly more disorganized, and are also growing frustrated with NFL commissioner Roger Goodell and his inability to take immediate action. Goodell has frequently urged the owners not to let this dispute go to court, as the owners have historically come up short when these disputes are settled with legal action. Hopefully a new collective bargaining argeement can be reached soon, as both sides continue to negotiated.
at 10:17 AM