Painter Will Stay at Purdue, Mizzou's Search Goes On 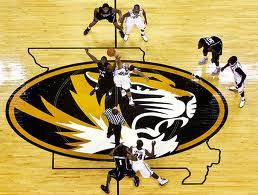 Matt Painter was in an enviable position yesterday. He had two big time athletic programs basically bidding for his services. The day ended with him staying put at his alma mater with a sweet half a million dollar raise and eight more years on his contract.

This after a full court press from Missouri Athletic Director Mike Alden, who flew to Florida to meet with Painter who was vacationing there. The Missouri AD reportedly offered north of $2 million/year, but ultimately Painter wanted to stay at the school he played at, Purdue University.

Missouri fans were all a "twitter" yesterday as a report came out of St Louis that Painter would be accepting Missouri's offer. After news that he would stay at Purdue was announced, Mizzou fans felt that familiar punched in the gut feeling. With years of athletic disappointments in the past, most Mizzou fans, I'm sure, could feel it coming. I know I did. Alden went from hero to zero on Mizzou message board Tigerboard.

Mike Alden, the search goes on. There are still good candidates available, two of which are in this year's Final Four - VCU coach Shaka Smart, and Butler Coach Brad Stevens. Anything less than a Home Run hire could be trouble for Mike Alden - I don't think fans will stand for an unproven mid major coach this time around. I would also suggest to Mr Alden to do everything in his power to keep information out of the hands of the media. That can blow a potential deal in a heartbeat.
at 10:27 AM