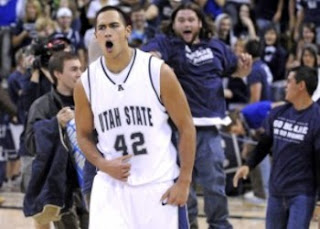 Despite Colorado's NCAA snub, the Big 12 still has five teams who are ready to make a run at the Final 4. Only Missouri and KState are in action today, where the Tigers will try to turn its season around while the Wildcats try to avoid an upset.

The Bearcats are back in the NCAA Tournament for the first time in six years, and face a Mizzou team that hasn't played well lately. The Tigers closed their regular season with four straight losses, barely got by lowly Texas Tech in the Big 12 tournament, and then got creamed by Texas A&M. It is hard to turn around a late season tailspin, but Missouri has some talent. One has to wonder if the rumors of Mike Anderson going to Arkansas are having any affect on Missouri, or if the team's psyche is hurt from so many late season losses. Cincinnati is well seasoned from battling tough Big East teams all season, and is as predictable as they come. The Bearcats have lost to most of the highly ranked teams they have faced, and beaten everyone they should have beaten. They don't score a lot or push the tempo, so this could make for an interesting matchup of contrasting styles.

Kansas State is happy to be in the tournament after its horrible start to Big 12 play made us all wonder what happened to the Wildcats from last season. Now KState gets a ticked off Utah State team who felt it should have a better seed. This will be a tough one for KSU; the Aggies have only three losses on the year, and two of those were to solid opponents (BYU and Georgetown). KState will need to use its athleticism to force some turnovers and get out in transition, or they could be heading home early.
at 2:22 PM