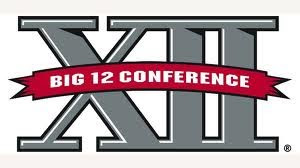 On Wednesday, Big 12 Commissioner Dan Beebe announced a new TV Deal with Fox Sports for Big 12 Football. The Deal starts next year (the 2012 season) and runs for 13 years. Financial terms weren't disclosed by Beebe, but insiders say the deal is worth $1.17 billion ($90 million/yr). Other experts also said the deal could have been worth more, but the Conference insisted that Fox televise KU games as well. Add that to the $65 million annually that the Big 12 already gets from ESPN/ABC and that's a whole pile of money. Each school stands to get around $20 million after you add in other revenue from sources like the NCAA Tournament and Merchandise.
Just 10 months ago the Big 12 looked as if it might disband all together as two members fled to other Conferences and perceived greener pastures. Commissioner Beebe kept the remaining ten members together with the promise of a new TV deal that would keep the institutions flush with cash. More than that, it seems assured now that the Big 12 with 10 teams is a viable league for the long term.
All of this is good news for Kansas City, whether you are a college sports fan or not. Revenue is generated by the Big 12 coming here for their Conference Tournaments and Football games played at Arrowhead Stadium. The basketball tournament alone is said to have a $14 million impact on our local economy.
at 9:56 AM