In God We Trust in the Pledge of Allegiance and Coins 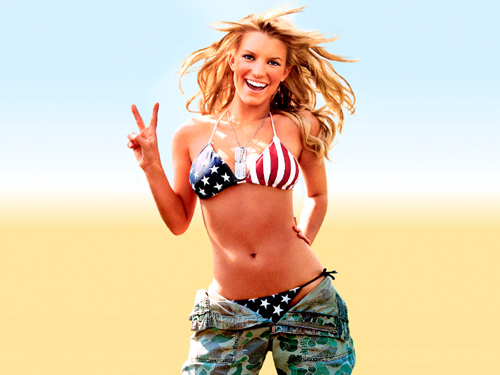 Ah, shock emails, gotta love 'em.  The latest one running around everyone's email box is actually a regurgitated email from back in 2004.  It basically goes:


Subject: Fw: NBC POLL
Do you believe in God?
NBC this morning had a poll on this question. They had the highest Number of responses that they have ever had for one of their polls, and the Percentage was this:
86% to keep the words, IN God We Trust and God in the Pledge of Allegiance,
14% against.
That is a pretty 'commanding' public response.  I was asked to send this on if I agreed or delete if I didn't.  Now it is your turn .... It is said that 86% of Americans believe in God. Therefore, I have a very hard time understanding why there is such a mess about having "In God We Trust" on our money and having God in the Pledge of Allegiance.

Why is the world catering to this 14%?
If you agree, pass this on, if not, simply delete.
In God We Trust
END OF EMAIL


Most of these emails are aimed at getting a rise out of someone, and this one is no different.  It must have got a rise of some kind out of us or we wouldn't be blogging about it.

But just to be clear:  we don't like to blog about religion here at Kansas City News because people should be allowed to believe whatever they want about religion, and it's no one's business but their own.  My simple philosophy has always been that no one has ever come back from the dead to tell us what the correct beliefs are now have they?  That's really all you need to know about religion - NO ONE KNOWS.  Just believe what you want - and more importantly, keep it to yourself.

Some analysis was done by About.com on this particular email, basically proving that, like most of these stupid emails, it is a hoax.  Here's what they found:

Analysis: Some versions of this 2004-vintage email claim NBC pollsters were "shocked" or "surprised" to learn that such a large percentage of respondents (86%) voted in favor of keeping the words "under God" in the Pledge of Allegiance and "In God We Trust" as the national motto. The point we're supposed to take away, evidently, is that the mainstream press is rife with Godless cretins who neither share nor understand the religious convictions of average Americans.
There's no evidence to suggest that anyone at NBC actually reacted that way to such a poll, however, and in point of fact it wouldn't have made sense if they had, given that the same questions constantly turn up in public opinion polls, and the results are always roughly the same.
It's unclear whether NBC actually conducted a "Do you believe in God?" poll around the time these messages first surfaced (2004). If they did I couldn't find evidence of it, though I gather from secondhand sources that NBC subsidiary CNBC did conduct a survey more or less along those line in March 2004, asking participants if the words "under God" should be removed from the Pledge of Allegiance. The results broke down similarly to those stated in the email: 85% answered no (meaning they favored keeping the phrase "under God," and 15% answered yes.
Public opinion polls have produced strikingly similar results over the years: