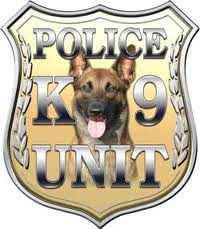 It's a shame that something like this happened. Police dogs are very important to the Department, and I would hate to have an incident like this diminish their role in the Department. The woman will likely win a large settlement and Police will review policies and procedures in the handling of their dogs. The KCPD said that handlers have been bitten over the years, but the last time a KC Police dog bit a bystander was in the early 90s when a man leaned over the top of the dog while some children were petting him. Hopefully the next incident will be decades away as well.
at 10:48 AM

Police dogs are very unpredictable. Friends of ours were a married policeman / policewoman couple and they would try to bring home the police dogs as pets and they would usually end up biting someone. German Sheppards are pretty moody dogs anyway.

Police will shoot a citizen's dog in its own backyard because they "fear for their safety." But, when a police dog actually attacks and mauls an innocent person, they say, "Oh, we need to check our procedures."