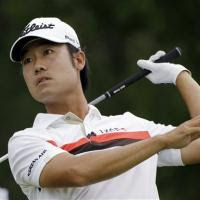 I used to think I was a pretty bad golfer. Ok, I know I am a pretty bad golfer. However, I don’t think I have ever approached what Kevin Na did at the Texas Open yesterday. Na shot a 16 on one disastrous hole – the worst score on a par 4 in PGA tour history. This probably isn’t a record that he is going to be very proud of.

How could any golfer, let alone a PGA professional, even come close to shooting a 16? Na’s performance was a spectacular mix of failure: a tee shot into the woods, a second tee shot into the woods, a ball that struck a tree, then his leg (which is a penalty) and then went backwards. Na continued to try to blast his ball out of the woods which usually moved his ball into even more trouble. It took Na 12 shots just to get out of the forest. At one point, he became so distraught that he nearly hit a shot with his caddie standing right in front of him. I don’t know whether that is funny or just sad.
Na somehow didn’t come close to challenging the PGA record for worst performance on a hole ever – that honor belongs to the immortal Tommy Armour, who somehow shot a 26 on one hole in 1927 (maybe one of his wooden clubs broke). Na still gets the distinction for worst par 4 hole ever, so at least he will be remembered for something in golf. That is more than you and I can say.
at 9:27 AM